Like every year, the festival of Shahrukh khan fans is here. Yes, I am talking about the birthday of SRK. No doubt that his fans celebrate the day nothing less than a festival. And why not, SRK greets all his fans nicely too.

Yes! Like every year, this time again, SRK’s fans gathered outside Mannat, his residence in Mumbai, to wish him on his 54th birthday. While, on November 1st until midnight, it was pouring heavily, but even the Mumbai rains could not stop fans from reaching his residence to celebrate their idol’s birthday.

And like always, to greet the fans, Shah Rukh Khan came to the balcony post-midnight. He waved at his fans and expressed his gratitude to them. And,  since neighbors were sleeping, he even requested everyone to lower their cheers for him. SRK was looking very handsome as he donned a black sweatshirt and blue denim. There are many clips available of the moment where we can see how the fans had made special t-shirts and threw some of them at SRK as a gift.

Look at some of the pictures and videos from the night:

In honor of SRK’s 54th birthday, this moment will also be a part of the mega celebrations organized by SRK Universe, the SRK’s biggest fan club. Apart from that, SRK’s moment of meeting fans is made into a cake for his birthday celebrations. SRK is seen splashing his smile and waving to his fans in the 3D version just like he does from Mannat on his birthday.

Fans across the globe will gather in Mumbai on November 2 at a high-end restaurant to attend the bash. From 20 states in India and 25 countries—more than 300 fans — will be in Mumbai to mark SRK's 54th birthday. With multiple cut-outs and selfie points for fans, the venue will be beautifully decorated in the SRK theme. The fan group SRK Universe has also made special wristbands, t-shirts, and other merchandise that will be distributed to all the fans as a return gift of the birthday party.

Here are some pictures related to the event:

“It takes months to plan the biggest event of the year and the last two months have been very hectic. We spent sleepless nights as the event was approaching.”

Apart from all, Twitterati is also celebrating SRK’s birthday by trending hashtags like #HappyBirthdaySRK, #SRK54, #Mannat, #KingKhan, and #HappyBirthdayShahRukhKhan.

Let’s take a look at some most stylish red carpet looks of Shahrukh Khan on the occasion of his special day:

Shah Rukh Khan has been producing movies and web shows on the professional front. However, he is yet to announce his next project. He might star in Atlee’s film, according to some reports. 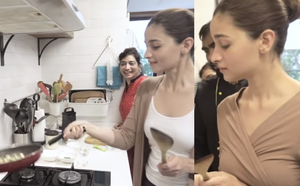 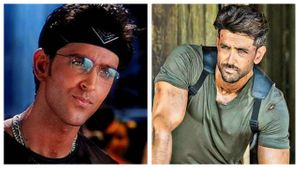 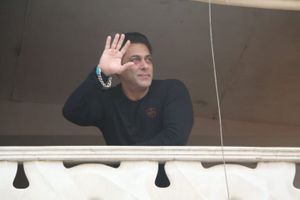 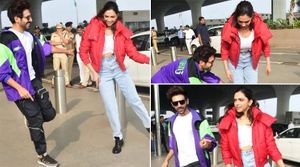 #PatiPatniAurWohTrailer Seems to Be a Fun Ride, Watch Now!