As every Friday, the second last week of KBC season 11 also welcomed a real-life hero as ‘Karamveer.’ And, this time we met Cuddles Foundation founder and CEO Purnota Dutta Bahl.

Cuddles Foundation is an NGO that intends to help children who are suffering from cancer and are also underprivileged. For her contribution towards the better future of cancer-stricken kids, she has also received the National Award for Child Welfare from the former President of India, Pranab Mukherjee.

While briefing about her work during the show, Mrs. Bahl revealed that over 60,000 children are diagnosed with cancer - mostly blood cancer - every year, but only 10-12,000 of them make it to the hospital for treatment. Till now, the Foundation has benefited more than 35,000 children who are struggling with cancer.

Further, she revealed how families who are economically challenged take their cancer-affected kids back home from hospital due to lack of money. So, to stop them from leaving treatment in mid, her foundation started providing food to those families for a month or two so that they can stay for their children's treatment as long as needed. Such terrifying revelations about cancer cases left Big B and the audience in shock.

Then, in the episode, BigB invited Bollywood star Emraan Hashmi on the show to support Purnota Dutta Bahl. As Emraan's son Ayaan was also diagnosed with cancer in 2014, he narrated his tough phase in the show too. He said,

“My son Ayaan's remission phase was really a tough phase for us as parents. The whole process was psychologically disturbing.”

He declared that he could relate how painful it is to see children suffering from deadly diseases like cancer; hence, he wanted to play with Purnota.

He also supported Purnota with his words and said,

“First of all I would like to thank KBC for bringing real life heroes on national television. I have been following Purnota’s work since many years because my son was diagnosed with cancer five years ago, and later my mother too became a victim of the disease. A family is emotionally devastated when somebody from that family is diagnosed with cancer. My son Ayaan’s remission phase – during which the cancer might make a comeback – was a tough phase for us as we parents go through a lot of fear psychosis. The whole process is psychologically disturbing. While researching about the disease, I got to know that nutrition plays an important role in the treatment as the body needs a strong immune system while going through the treatment. Even after the medical treatment, we have to focus on follow-up care, which involves proper nutrition and the well-being of a person, which has been the focal point of Cuddle foundation.”

At last, when Big B asked Mrs. Bahl to give a message to the audience, she said,

“Firstly, I would like to reiterate that children’s cancer can be cured, so if you have the slightest of doubt that your child is unwell, please take them to a medical personnel. Also, Cuddle’s foundation has acquired success because most people in our organisation are medical professionals. People have wrong notion that people who work in NGOs don’t do well financially. The fact is that you can lead a comfortable life even while working for not-for-profits organisation.

In today’s time, India needs more professionals to come forward and help us with these causes. Also, many children take medical treatment, but do not focus on nutrition which is also required for them to build immunity and fight the disease.”

A few weeks ago, the Social Activist Shyam Sundar Paliwal as Karamveer came to the game show with actress Sakshi Tanwar and took home the amount of Rs 12,50,000.

On this Karamveer Episode, Purnota and Hashmi won Rs. 6,40,000 for the Cuddles Foundation. 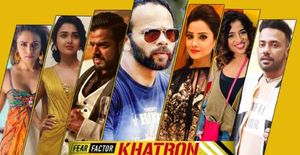 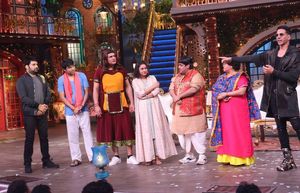 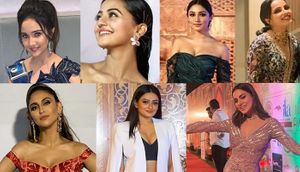 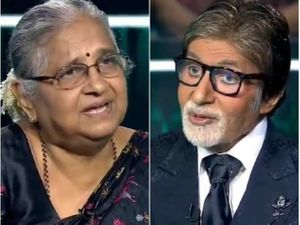 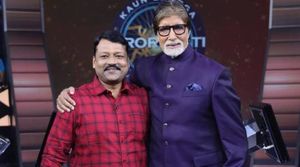