This Friday, three movies: Sab Kushal Mangal, Bhangra Paa Le, and Shimla Mirchi released yesterday. And you might be in a dilemma which one to watch this weekend. Well, here we are to solve your confusion. Yes, we will tell you the honest-n-brief reviews, and then you can decide which is right for you. Let’s begin!

Karan Vishwanath Kashyap’s film Sab Kushal Mangal, based on the idea of a 'pakadwa vivaah' (a wedding led with the powerful combination of goons and guns), is nothing new. Last year, we had Parineeti Chopra and Siddharth Malhotra in Jabariya Jodi, a romantic film based on a similar topic.

Although, to be honest, Sab Kushal Mangal turns up the fun a few notches higher with quirky comedy. What works in the film’s favor is the role of Akshaye Khanna, who puts on a humorous show with unmatched flair. He is delightful in almost every scene.

Well must say the flick does contain a few redeeming features, but it is unlikely to make it to the list of memorable comedies in Hindi cinema. Hence, like a good comedy movie, watching it would be the perfect way to kick off the New Year.

Now, if we talk about Bhangra Paa Le, the movie has nothing to offer apart from the decent performances of its lead actors and a high-spirited soundtrack. With two stories going back and forth in time, it is a clever direction but with a weak script that rarely registers.

And the fact that weaken the movie is in the end, all you get is a predictable series of events unfolding. The peppy dance numbers that make you sit up and groove a little are the only saving grace, and there are 11 of them! However, the high-spirited soundtrack is like the backbone of the film, but still, the repetitive dance sequences get too much to handle.

Well, Kaushal’s Jaggi is not only interesting as a character than Captaan, but his scenes and chemistry with Nimmo also win you over. Besides all, Bhangra Paa Le can just be summed up as a feel-good film that makes you sing, dance, and smile, but there’s nothing overtly meaningful that it has to offer. Still, we can say that Punjabis and those who have this love for bhangra might love it for obvious reasons.

Shimla Mirchi is the movie that had hit the headlines back in 2014 as it marked the return of Ramesh Sippy to the big screen after almost two decades. However, it took about five years to see the light of the day.

It can’t be denied how the premise of the film is quite good, but the film doesn't seem as dated as delayed by five years. And, as usual, Rajkummar Rao has done a great job. Although, characterization of him is quite dodgy. Rakul Preet seems fine too. And, when it comes to Hema Malini, she has looked great in all; however, in most of the scenes, she seems cringeworthy.

There are scenes you might feel awkward about but blame it on the direction or the performances; they haven't been fleshed the way they were expected to. In, all Shimla Mirchi isn't worthy of your money or time.

So, you should stay away from this film and savor the memory of a filmmaker who has given us some of the best movies of Indian cinema like Sholay, Shaan, and Sagar. Still, if you are a Rajkummar fan, you can give it a try!

Overall, Sab Kushal Mangal can make you laugh, Bhangra Paa Le can make you dance, and Shimla Mirchi could be a treat to eyes due to Rajkumar & Rakul Preet. So decide on your own and enjoy yourself well! 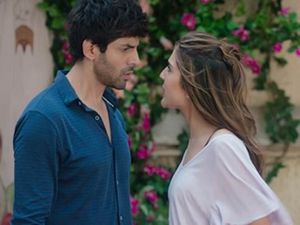 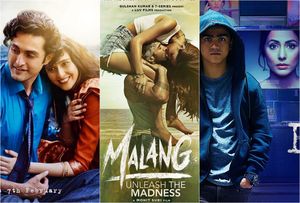 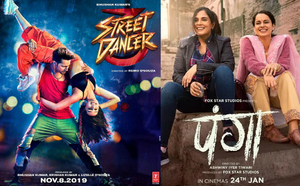 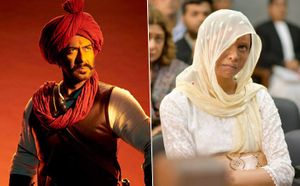 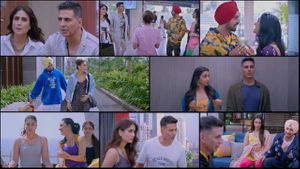