The cheerful and charming Bollywood actor, Varun Dhawan, is awaiting his upcoming flick Street Dancer 3D. In his latest interview with a popular media brand, Varun opened up on having a childhood crush on Shraddha, his experience of working with Sara Ali Khan, his next film with Shashank Khaitan Mr. Lele, and more.

According to the reports, the producer Bhushan Kumar is planning to turn Street Dancer 3D into a franchise. On this, Varun said-

“There is an idea, but these films need to be done for the right reasons; like in this film, we dance for a cause. Remo keeps coming up with wonderful ideas and I’m sure after two dance films, Shraddha and I will do the next one together, with Nora joining the family too.”

Also, a couple of days back, Varun shared the poster of his next comic thriller film ‘Mr. Lele’ that would be directed by Shashank Khaitan. Saying that he called the filmmaker “109 times in two days” after reading the script, Varun stated-

“Talks are on (for an action film), I’m looking to explore the comic thriller genre too in Mr Lele. After reading the script, I called Shashank 109 times in two days.”

Varun has earlier teamed up with Shashank in movies Humpty Sharma Ki Dulhania and its sequel Badrinath Ki Dulhania. They both did well at the box office. Mr. Lele might go on floors by March and would also star Janhvi Kapoor and Bhumi Pednekar in the leading roles.

On working with Salman Khan in a multi-hero film, Varun said-

“I have done them (two hero) already, from Dilwale to Dishoom and Kalank. You never know what can happen in the future. I’m ready to work Salman Bhai anytime.”

In Judwaa 2, Varun played the double role of Prem and Raja. The film was a reboot of Salman starrer Judwaa.

Then, on getting back to the commercial films like Badlapur and Kalank, Varun said-

“Yeah, I’m getting back to the commercial child-friendly genre. I want to do such films the minute I start missing them. The timing is right for us because January has several important films on serious issues. I love being an entertainer, and making people smile is a big deal with our family. My dad’s films have always spread happiness too.”

About working with Sara Ali Khan in Coolie No. 1, he said-

“It’s not a remake actually, but more of an adaptation. It’s a film for this generation though we have retained the screenplay, which was brilliant. Sara and I are trying to do what our seniors (Govinda and Karisma Kapoor) did in the original, under David Dhawan’s direction. It’s been a crazy ride.”

Moreover, as Shraddha is Varun’s childhood friend, and they both are star kids, Varun revealed in the interview that he had a crush on Shraddha when he was 8-year-old.

"Actually our journey is very similar to the storyline of the film. There were inter-school issues, petty rivalry and also some hidden fondness."

When asked why he did not act on his feeling, the actor added-

"I think at that age, boys don't really like girls. We were too young. I couldn't understand the concept of liking someone at that time."

He further clarified that they are good friends,

"It was all so pure. Even if we ever had a love story, it was when we were eight. Later, we became friends, really good friends." 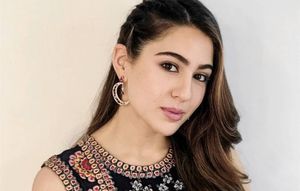 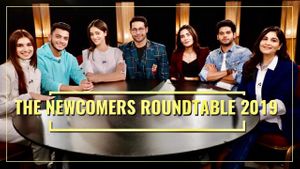 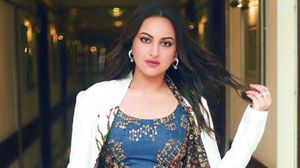 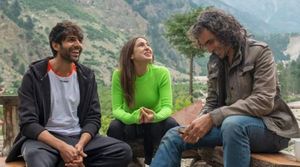 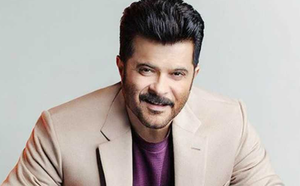 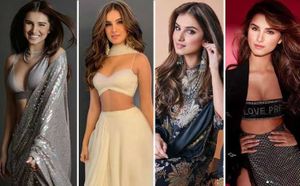 Tara on Her Wish to Work With Ranveer Singh, Dating Aadar Jain & More